Robert Nolan is a stage, screen and television actor proving to be a versatile talent. He is the narrator of History TV's 'The Real Inglorious Bastards' directed by Gemini-winner Min Sook Lee which won the 2014 Canadian Screen Awards' "Best History or Biography Documentary Program or Series' award.

Robert Nolan's adaptability on-screen stems from a richly varied life. Born in Dublin, Ireland and raised in Canada's wild Alberta west, Nolan has the experience of the new immigrant. He has worked white-collar and blue, then came to acting when completing his B.A. in English. He has since embarked on a career seeking out challenging varieties of roles in quality stories in every medium.

Nolan works on stage and screen, appearing in dramas and comedies including 'Jim Jones' in 'Jonestown', the evil doctor of 'Twisted Pieces', a doctor reforming willful women in 'Silent Retreat' and as the husband whose grief is subsumed by rage in the comedy 'Mourning Has Broken'. In other film roles, he is a no-nonsense FBI agent taking control of an alien crash on an isolated farm in 'The Picco Incident', a reluctant and humane zombie hunter in 'Sick', a husband whose thoughts may not be his own in the critically-acclaimed award-winning 'Familiar', a desperate lab scientist in 'Canswer' and an uncertain bank robber in 'Battleground’.

Nolan appears as a father whose world has fallen away with the death of his daughter by a drunk driver in 'MADD Shattered' which played to high school students across Canada. He is cast in the lead in the upcoming 'Tales From Hell' in four distinct roles as a man whose many lives return him to the bonds of the fiery underworld.

Theatre roles include the lead in 'The Trial of Ken Gass', 'Bethune' and principal roles in 'The Great Gatsby', 'Rebel Without a Cause' and 'Macbeth'.

QUOTES:
"There aren't many actors in Canada these days who are as intense, versatile and blessed with a wonderful sexy-ugly 70s-style screen presence as the criminally underused Robert Nolan. In another time and place, Nolan would have been a bonafide star - not in the pretty boy mould, but rather in the chiseled and alternately tough and sensitive manner of a Gene Hackman, a Ron Leibman or even a Harvey Keitel. He's got leading man sensibilities, but the kind that would lead to what I like to think of as starring character roles. And yes, he's got the stuff, obviously, to be a great character actor in supporting roles, but he's proven thus far to be so goddamn good, I want to see as much of the guy onscreen as possible.” - - (Greg Klymkiw, Film Corner)

"A fine actor... a very strong talent yet to be discovered by Hollywood." - - (Tommy Chang - Pacific Rim, Nikita) 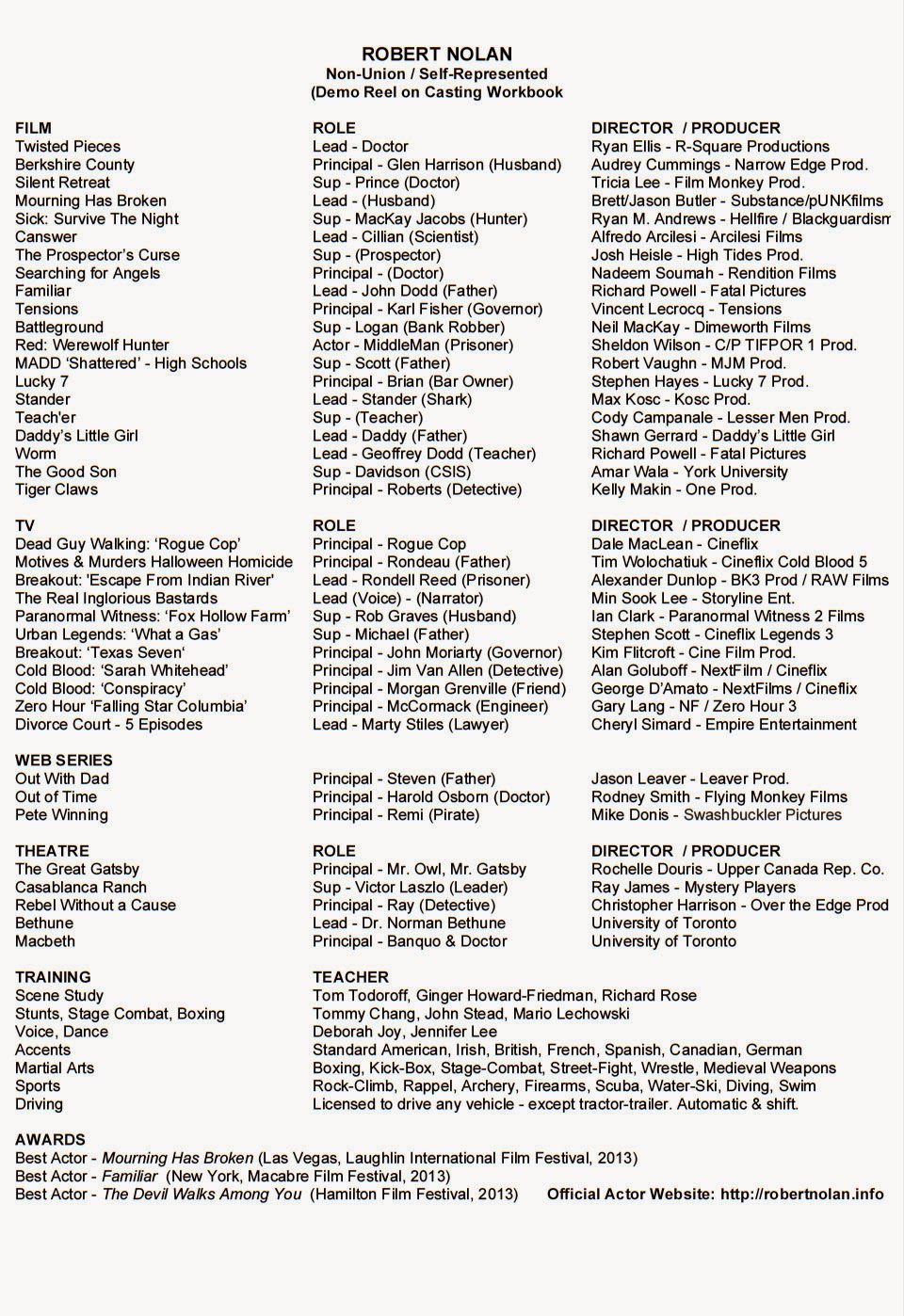 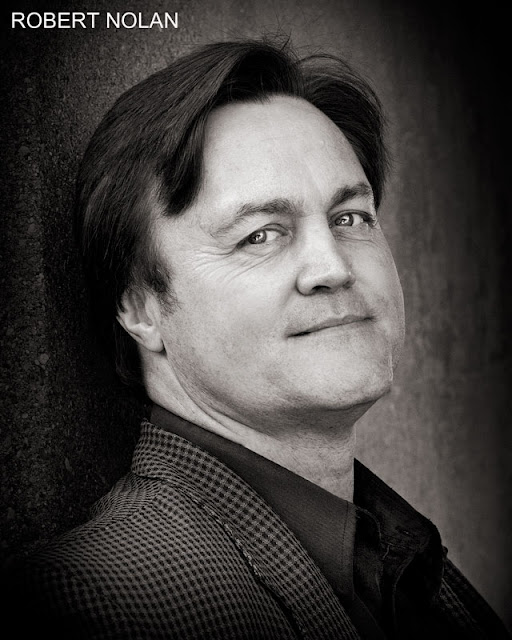