"Director Richard Powell takes us on an unsettling trip through the mouth of madness in the critically-acclaimed WORM.

From the surface, Geoffrey Dodd appears to be a kind and unassuming educator, but inside, something dark is brooding... Each day, Dodd returns to teach a class of uncaring students, cursing their over-privileged existences and secretly wishing each of them ill. He hates his co-workers, and fails at every attempt to complete his own novel. His contempt for humanity slowly boils out of his head and into a briefcase filled with instruments of terror... Just as Dodd's insanity continues to grow, so does the suspense in WORM.

Powell's cynical humor provides a grim release for the negative thoughts and emotions that many have felt in the past. It asks dangerous questions that none of us hope to find the answers to: Are there teachers out there thinking the same thoughts? How many friends and neighbors feel like Geoffrey Dodd?

With the same effect that PSYCHO and NIGHT OF THE LIVING DEAD had on the 1960's, WORM internalizes the horror, and brings it to the forefront of our daily realities. The open ending leaves much to interpretation, and perhaps foreshadows Dodd's fate for having crippled so many students' lives. WORM presents another fine work of thought-provoking Horror that will help to usher in the next generation of filmmaking." 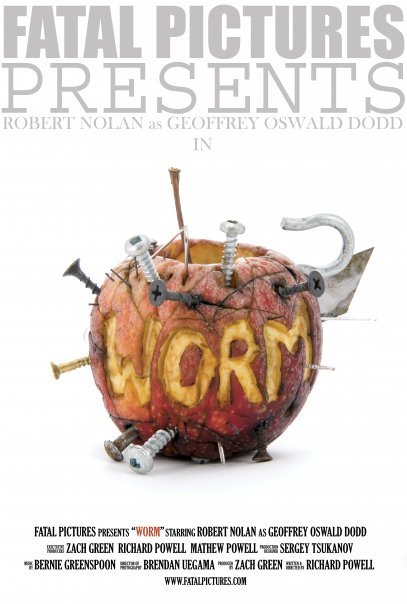